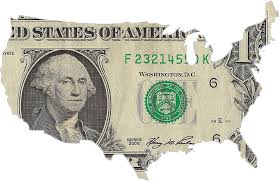 The United States dollar has been performing decimally throughout 2017. However, the dollar’s are now surging in value contrary to people’s expectations. What this implies is that investors who had spent the year trading and investing on other profitable markets (international stocks) are standing the chance of facing a day of reckoning.

Over the past month alone, the American Dollar has surged 1% over the Euro and nearly 3% against the Canadian Dollar. The surge in the value of the American dollar experienced on Thursday is a significant change when considering that the dollar had dropped in value ranging between 6% and 10% against many global currencies this 2017, including the 10% drop the dollar experienced against the Euro earlier on in the year.

For the investors who have different investments in international stocks, the rise in the value of the American currency might lead to a significant reduction in the overall worth of their investments, resulting in Major losses at the close of the financial year.

Whenever investors acquire foreign stocks, their dollars are usually converted to currencies matching the country from which the investments originates. After the acquisition of these shares, if they appreciate in value, the investment gets a significant boost when this money is exchanged back to American dollars. These stocks single-handedly defeated the S&P 500 this 2017. Therefore the nonperforming dollar has been an added advantage to them as it enabled the provision of double profits.

All this is set to change as individuals holding vast sums of international investments are facing the possibility of their investments shedding off significant value as the result of the stabilizing of the United States dollar. All this will happen if these investments are converted from the foreign currencies back to the now stronger United States Dollar.

Every time a euro-dominated index surges by 10% against the dollar and the euro also climb by 10% against the dollar, the American investor having foreign investments will have made a 20 percent profit. When considering index returns, MSCI global index has risen by approximately 5.7% in Euros but only 18% when it comes to the American dollars. At the same time, the FSTE 100 has increased by 5% in Euros and 8.9% in the US dollars.

The current Vice President of currency research and analysis at OANDA Corporation, Dean Popplewell earlier in the year stated that the American dollar is nearly reaching its rock bottom. According to him, Donald Trump is still a wild card amongst many investors. Take this together with the uncertainty facing the future of the federal reserve; investors might have the dollar trading at low values for some time longer. However, the capability of the United States putting its geopolitical act together might sustain the rise in the value of the united states dollar. It is also expected that if the United States ten-year treasury bill rises past the 2.5% mark, the dollar will undergo a sustainable increase in value over the coming years.